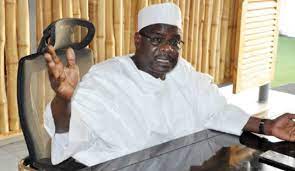 The lawmaker stated this on Tuesday, while briefing journalists after the plenary.

Ndume was speaking on his bill seeking to establish Federal College of Education Gwoza, Borno State.

The bill passed its second reading on the floor of the Senate on Tuesday.

Ndume, however, said the resurgence of Boko Haram activities in the North East, should not stop the establishment of more schools in Borno South.

“The problem we are facing in Borno and, to some extent, in Yobe and Adamawa, is that the insurgency is resurging again and that is a matter of concern.

“Part of the solution is not to give up and not to show the insurgents that Nigerians are overwhelmed. But to show that despite their terrorist acts and their stance against western education, more institutions would be established,” Ndume said.