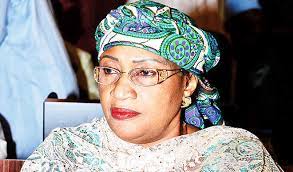 Her associates confirmed the politician died on Friday in Cairo, the Egyptian capital.

Al-Hassan, a staunch supporter of former Vice President, Atiku Abubakar,defected to the People Democratic Party (PDP) months after the poll.

In August 2020, she made revelations about her ordeal while in the APC.

She ran into trouble with the ruling party after declaring her support for Atiku’s presidential ambition.