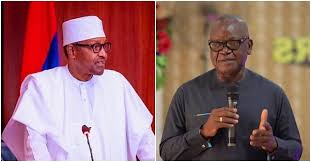 On Tuesday in Abuja the nation’s capital, President Muhammadu Buhari played host to Samuel Ortom, the governor of Benue state at the presidential Villa.

Governor Ortom was attacked by about 15 gunmen suspected to be herdsmen while on a visit to his farm in the state.

The governor alleged that the gunmen trailed his convoy to the river bank where he was on foot with his security details and opened fire on them.

This development has generated outburst and condemnations from his colleagues on the platform of the Nigeria Governors’ Forum (NGF), who described as shocking and a rude awakening, the attempt to cut short his life President Muhammadu Buhari, had on Sunday, ordered security agencies to carry out what he called an “open and transparent” investigation into the attack.