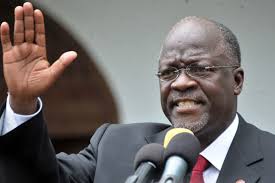 the Vice-President Samia Suluhu Hassan in a state address to Tanzanian confirmed the sudden death of the president. in the statement, she said Pombe Magufuli died of heart related condition.

recalled, some days ago, some Tanzania’s where arrested for saying the president was sick, some even said he has been infected with the COVID-19.

“It is with deep regret that I inform you that today on the 17th of March, 2021 at 6 pm we lost our brave leader, the President of the Republic of Tanzania, John Pombe Magufuli.” said Vice-president Samia