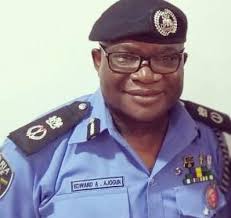 The police commissioner of Ogun state Edward Ajogun, has been redeployed. His reassignment was contained in official wireless massage which was communicated to him on the 12th February 2021. With reference number, TH.5361/FS/FHQ/ABJ/SUB.4/576.

Commissioner Edward, is among the newly redeployed commissioner of police who’s the inspector general of police, Mohammed Adamu ordered the redeployment and a change of command.

According to signal, Edward Ajogun has been posted to the Staff College (PSC) Jos. He has been ordered to report without delay.

Though, no immediate replacement has been announced by the police boss. Ajogun was deployed to Ogun state in 2020, where he took over the Ogun state Command from Kenneth Ebrimson, who bowed out of the force after the mandatory, 35 years in service .