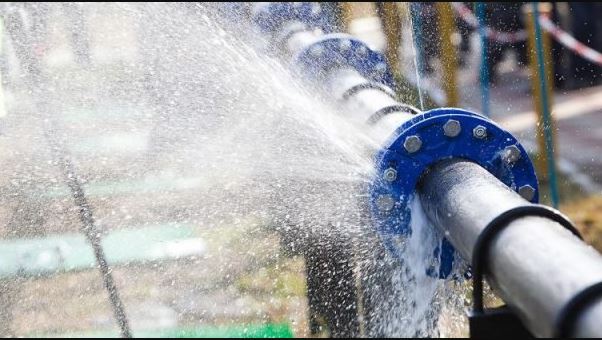 According to a report by The PUNCH, there was panic in the Ikotun area of Lagos State on Friday following the leakage of a pipeline belonging to the Nigerian National Petroleum Corporation.

Residents said they noticed the leakage around 06 am on Friday.

According to them, the situation led to confusion and fear in the area.

It was learnt that occupants of nearby buildings rushed out of their houses while some immediately offloaded their belongings.

“We have immediately called Lagos State emergency line when the situation happened. We were scared and hope that this does not lead to a fire outbreak.

“Some people are parking their belongings already. Vehicles around the area have been moved away,” one of the residents told our correspondent on the telephone.

He said, “Upon arrival at the incident scene, Omoboriowo Street, Pipeline Bus Stop Igando-Ikotun Road, Igando, it was observed that a very large volume of PMS was gushing out of the NNPC pipeline.

“Further investigation revealed that the heavy flow of PMS was caused by suspected pipeline vandalism and bunkering in the early hours of August 27.

“Presently, there is no loss of life and property, serious sensitization, public education and awareness are ongoing in the entire community.

“Three fire trucks are currently on the ground, while the NNPC maintenance team is working to stop the flow in order to commence repairs. Operations are still ongoing.”