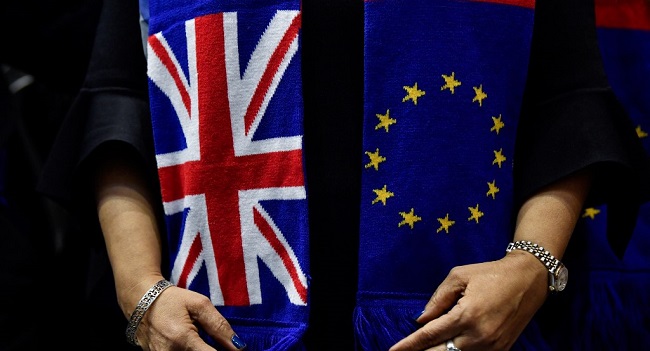 British and EU negotiators began what may prove to be their final hours of trade talks on Saturday with a decision imminent on whether a post-Brexit deal is possible.

Both sides have promised a decision on Sunday as to whether there is still time to close the gap in expectations before Britain leaves the EU single market at the end of the year.

Britain left the European Union on January 31 and the two sides have been wrangling over a trade agreement as the days count down to the end of a post-Brexit transition.

Without a deal, Britain leaves the EU single market and customs union on December 31 and tariffs will be imposed on cross-Channel trade after a half-century of integration.

Johnson flew to Brussels this week for a working supper with von der Leyen but there was no breakthrough, with both sides promising that Sunday would be decision day.

Johnson now says it is “very, very likely” that talks would fail, and on Saturday his government confirmed that patrol boats are on standby to protect British fisheries.

At Thursday’s EU summit, von der Leyen told leaders of the 27 member states that the “probability of a no-deal is higher than of a deal”.

Nevertheless, both leaders instructed their negotiators to continue work, and Frost and Barnier will continue Brussels talks this weekend.