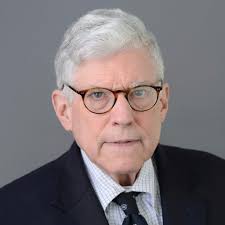 The British Museum, the world’s first national public museum, currently holds 700 pieces of the Benin Bronzes collection, more than any other museum and other institutions globally, a former United States Ambassador to Nigeria, Dr. John Campbell has said.

Campbell, however, acknowledged that the authorities of the British Museum had agreed “to  return the Benin Bronzes collection once the Edo Museum of West African Art, currently under construction in Benin City is completed.”

He gave this figure in a blog post titled “Germany to Return Some African Art to Nigeria” published on the website of Council for Foreign Relations (CFR), a US non-profit think-tank specialising in international affairs on Wednesday.

More than a century after British soldiers looted a collection of priceless artifacts from the Kingdom of Benin, some of the Benin bronzes are heading back to Nigeria – with strings attached.

Consequently, more than 1,000 of the bronzes are held at museums across Europe, with the most valuable collection at the British Museum in London despite that the federal government had canvassed the return of the artifacts since the country gained  independence in 1960.

The Benin Dialogue Group (BDG) had struck a deal to return some of the most iconic pieces in the historic collection on a temporary basis to form an exhibition at the new Benin Royal Museum in Edo State within three years.

But in his blog post, Campbell wrote that the German Minister of Culture, Monika Grütters had announced plan to return hundreds of art objects to Nigeria.

Campbell, currently Ralph Bunche Senior fellow for Africa Policy Studies said the origin of the artifacts “is the Benin Royal Palace—located in Benin City situated in Southern Nigeria—looted and destroyed by the British in 1897.

“The Germans, however, were not in Edo and, presumably, the objects from there were looted objects purchased on the international art market and then donated to German museums.

“The German decision has raised pressure on London’s British Museum—which holds seven hundred pieces of the Benin Bronzes collection, more than any other museum—and other institutions to lend or return bronzes to Nigeria.

Perhaps, according to the former ambassador, as few as 50 pieces of the iconic artifacts remain in Nigeria at present after the looting of the Kingdom of Benin in 1897.

Since the nineteenth century, the former US envoy noted that the Greeks had agitated for the British return of the Parthenon sculptures (the “Elgin Marbles”).

He added that the Greek perspective “takes for granted that the art produced in a particular locale uniquely belongs to the people who live there now, hence the importance of its physical repatriation.

“Another perspective is that art belongs to humanity as a whole. What matters in that case is the art’s accessibility to all who wish to see and study it and its conservation and security, not its physical location.

“An issue with respect to the return of African art to Africa has been the lack of places where it could be exhibited, stored securely, and curated. That appears to be changing. The Edo Museum is designed to be a world-class facility.”

However, Campbell observed that the museum was located in “a poor, increasingly unstable country. Where sustainable funding will come from or how security of the art can be maintained is unclear.

“The sponsors of the Edo Museum are looking toward rotating exhibits of artwork to be borrowed from European and American collections and then returned.