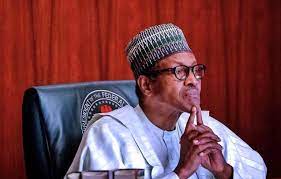 In Nigeria, pan Yoruba sociopolitical group, Afenifere and the apex Igbo sociopolitical organisation, Ohanaeze Ndigbo, in reacting to President Muhammadu Buhari’s statements during his exclusive interview with ARISE NEWS, faulted his position on some of the issues he addressed.

Afenifere described Buhari as a person who has sheer contempt for Nigerians and is an unrepentant tribalist.

However, Ohanaeze Ndigbo urged him to embrace dialogue, because he has a choice between dialogue and war in the handling of the crisis in the South-east.

The Ohanaeze Ndigbo asked Buhari to use dialogue instead of confrontations in tackling the challenge.

The organisation lamented that Nigeria has come to a critical juncture “with the present level of violence in Nigeria, armed robbery, banditry, kidnappings, unknown gunmen, herdsmen menace, Boko Haram, mass poverty, unemployment, the downward spiral of Nigerian currency and other untoward signals.”

Ohanaeze, in a statement by its National Publicity Secretary,  Chief Chiedozie Alex Ogbonnia said both history and literature had shown that the decision taken by a leader at a critical juncture had a lasting effect on society.

It added: “President Buhari has a choice between dialogue on one hand and an avoidable war against the Igbo on the other. Again, history shows that our thoughts are very infinitesimal to the immutable law of the universe.”

The statement said Ohanaeze Ndigbo had followed with deep concern the security sequence targeted at the Igbo; namely: “The deliberate posting of Northern military and police officers at the various strategic locations in the South-east, the special National Security Council meeting, where major decisions were taken for the South-east and the South-south to the utter exclusion of security personnel from the South-east of Nigeria; the ominous launching of the Operation Restore Peace in the South-east and South-south, the Shoot-on- sight order by the Inspector General of Police targeted at the Igbo youths, and the shocking tweet where Mr. President stated that ‘those of us in the fields for 30 months, who went through the war, will treat them in the language they understand.”

According to Ohanaeze Ndigbo,  the agitation by IPOB became heightened due to the exclusion of the Igbo in  Buhari’s government, adding that the president has not in any way hidden his disdain for those  that failed to vote for him en-masse in 2015 and 2019 general elections.

“Ohanaeze Ndigbo has cautioned that the unprecedented lopsidedness of the Nigerian government in favour of the Fulani, to the exclusion of other ethnic groups, especially in the security architecture, will rather exacerbate the internal security challenges in the country. History shows that leaders who espoused ethnocentric ideology, especially in Africa, had often created more problems than they intended to solve,” Ohanaeze said.

It described the agitation by Igbo youth over marginalisation as justified.

It, however, added that in spite of the orchestrated alienation of the Igbo, it remains committed to a diplomatic approach towards a restructured Nigeria that guarantees equity, fairness and rule of law.

Also, the Secretary General of Afenifere, Chief Sola Ebiseni, said Thursday while reacting to Buhari’s interview on ARISE News Channel, that  “first, his arranged interview on Arise Television is not a substitute for the clamour of Nigerians that the president, as the father of the federation, should speak to Nigerians in these critical times.

“Secondly, his engagement was full of lies, inconsistencies, contradictions and utter disrespect for the ethnic nationalities, including their elected governors. He is pathetically unschooled in the constitution which he often claims to guide him in spite of its manifest flaws.

“The president’s claim that his appointment in the armed forces is based on merit and seniority and not to satisfy geopolitical zones, is a violation of the letters and intendment of the provisions of Sections 217-220 dealing with the armed forces of the federation and appointments thereto.

“Specifically, Section 217 (3) provides that the composition of the officer corps and other ranks of the armed forces of the federation shall reflect the federal character of Nigeria.

“In Section 219, all the powers given the president, including the appointment of service chiefs, is subject to the Act of the National Assembly ensuring the reflection of the federal character. Even his latest appointment of the chief of army staff, is flawed particularly on seniority.

“The constitution never contemplates nor approve of the situation under Buhari where 90 per cent of the commanding heights of the armed forces and security architecture will be from only Northern Nigeria and only the two zones of North-east and North-west”.

Afenifere accused Buhari of taking delight in ridiculing the Ndigbo, which he used IPOB to represent.

“Thus, to him, the Igbo and their territory is just a dot in a circle of the map of Nigeria, which even if they secede, could exit to nowhere since the elders and youths of the South-south had assured him of not being part of the secessionist agenda. He couldn’t have been reacting to the IPOB but the Igbo who he said had businesses everywhere. His utterances were very un-presidential and in the mode of common expressions with some unidentifiable northern organisations.”

Afenifere stated that Buhari owned up to the statements of his media aide, Garba Shehu, that the ban on open grazing by the governors was illegal.

It said the president contradicted himself when he admitted that he asked two of the South-west governors to exercise “a non-existent powers” to deal with terrorists herdsmen who he acknowledged bear arms, even as foreigners against Nigerian citizens.”

Afenifere regretted that the president “has no solution rather than the braggadocio of re-opening grazing routes in states by repossessing such lands for his beloved herdsmen.”

It added that the Yoruba people are solidly behind  their governors, adding that not an inch of land in the territory will be carved out for any grazing reserves.