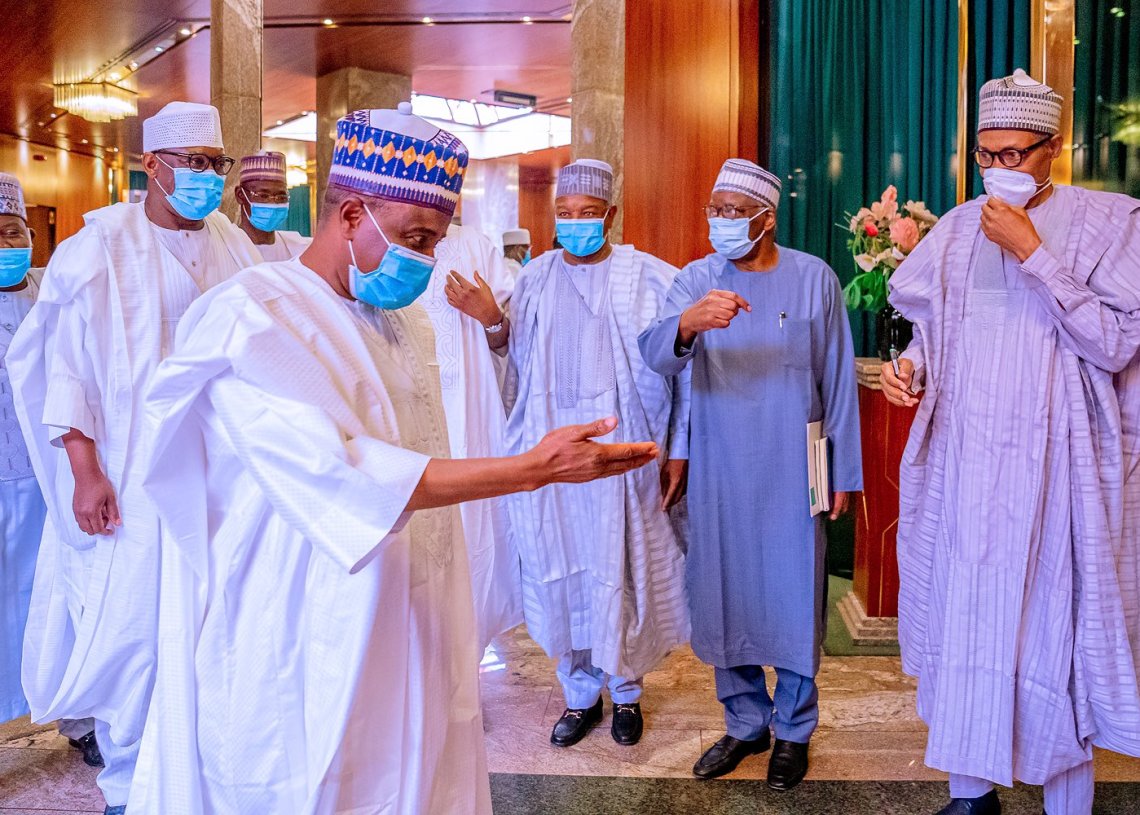 President Muhammadu Buhari and some Northern governors met Wednesday at the State House, Abuja over the deteriorating security situation in the country.

The meeting was said to have primarily centred on the security situation in the 19 Northern states.

Zamfara State Governor, Alhaji Bello Matawalle, told journalists after the meeting that peace and confidence seemed to be gradually returning to the region with the new security roadmap adopted by the federal and state governments to secure the region.

He assured farmers that they would soon be able to safely cultivate their farms during raining season as security would continue to be stepped up in the area.

The governor said the situation in his state was now calm, at least in the last four months, adding that security agents are working to ensure the situation does not escalate any further.

He added: “For now, for the past four days, no incident had been recorded by the security, but yet we are doing our best and the security agencies are also doing their best to make sure that they tackle all the challenges.

“I assure you that we are on top of the matter and the president has assured all of us that he’s going to take more measures on the issue of insecurity in the northern part of the country.”

Asked if it could be said the North was safe now, he said: “I can say yes because in the past four months we didn’t have much of this crisis, but it’s gradually coming back, but the security are doing their best now, particularly from the new security architecture that we have adopted now. We are having some improvements on the challenges.”

On the meeting with Buhari, the governor said: “We discussed the security, not just myself, but the Northern region because of the current escalation of insecurity.

“I briefed him and the governor of Niger also briefed him. The president has assured us that action will be taken about what we have discussed about the issue of insecurity.”