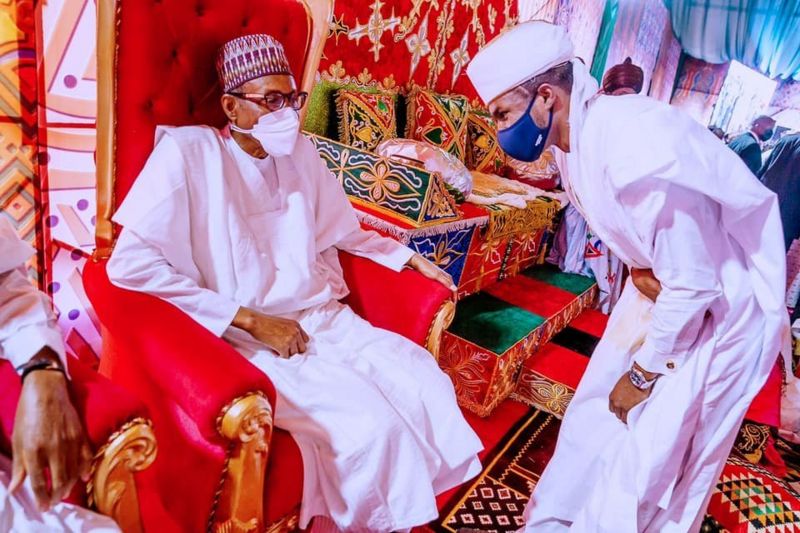 President Muhammadu Buhari alongside eminent Nigerians and other dignitaries were at the solemnisation of holy matrimony of his son, Yusuf and Zahra, daughter of the Emir of Bichi held at Bichi, Kano State, on Friday.