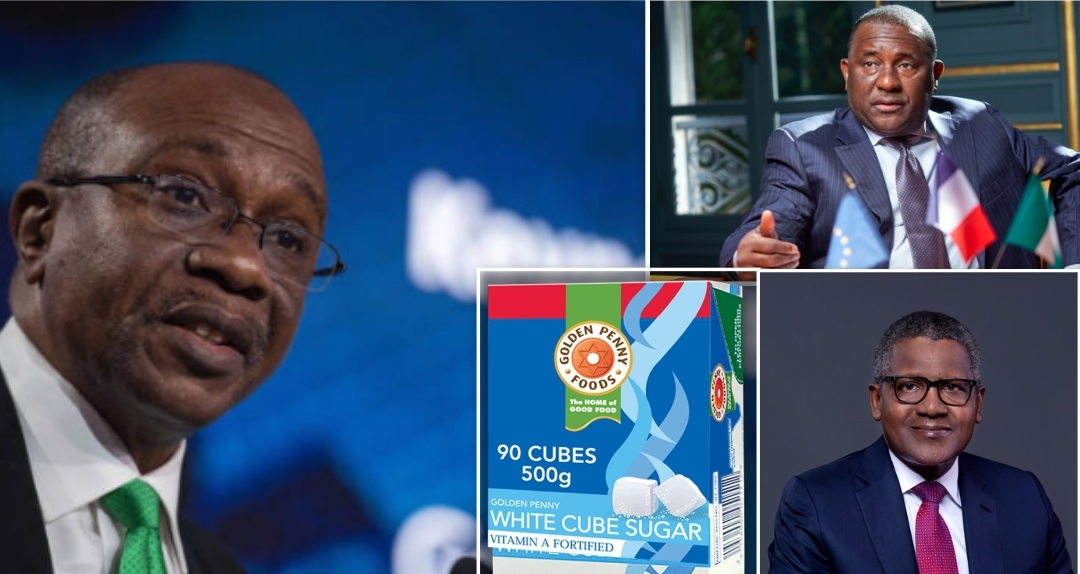 The Buhari regime has announced that only BUA Sugar Refinery Limited, Dangote Sugar Refinery Plc and Golden Sugar Company will be allowed to import sugar into the country.

The Central Bank of Nigeria (CBN) made the announcement on Friday, in a circular issued by the director, Trade and Exchange Department, Ozoemena Nnaji.

According to the central banker, the decision to make those companies sole importers of sugar is as a result of their progress in achieving Backward Integration Programme.

“The Federal Government of Nigeria, under the National Sugar Development Council, established the Nigerian Sugar Master Plan to encourage and incentivise sugar refining companies in their Backward Integration Programme for local sugar production,” it said.

“Accordingly, the underlisted three companies, who have made reasonable progress in achieving backward integration in the sector, shall only be allowed to import sugar into the country: BUA Sugar Refinery Limited, Dangote Sugar Refinery Pic and Golden Sugar Company,” CBN noted.

It further warned that no other company apart from the three would be allowed access foreign exchange from the forex market to import sugar into the country without prior and express approval of the CBN.

It added, “In view of the foregoing, authorised dealers shall not open Forms M or access foreign exchange in the Nigerian foreign exchange market for any company including the three listed above for the importation of sugar without the prior and express approval of the Central Bank of Nigeria as the bank is charged with the mandate of monitoring the implementation of the backward integration programmes of all the companies.”

In April, CBN announced plans to include sugar on the list of import items banned from accessing foreign exchange.

CBN Governor Godwin Emefiele had said: “We are looking at sugar and wheat. We started a programme on milk about two years ago. Eventually, these products will go into our FX restriction list.”

The decision, according to him was because “we spend $600 million to $1 billion importing sugar into the country annually”, and “we must all work together to produce these goods in Nigeria rather than import them.”