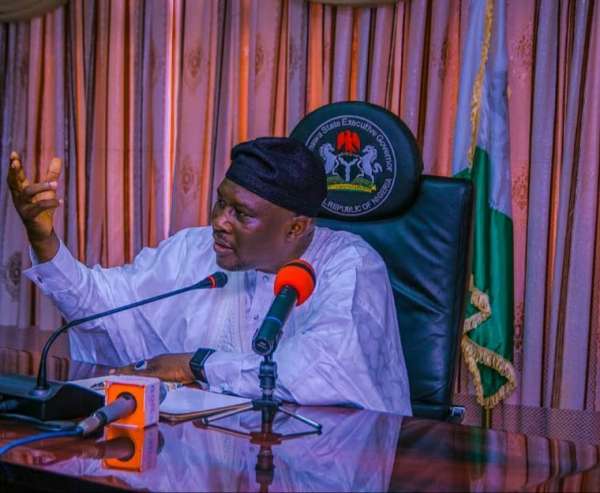 A businessman, Ali Numan, has been remanded in prison custody for allegedly insulting Governor Ahmadu Fintiri of Adamawa State.

Magistrate Japhet Ibrahim Basani of the Chief Magistrate Court 2, on Monday, ordered the remand of Numan, who was arraigned for insulting Fintiri on social media.

The PUNCH learnt that Numan had on the 11th, 12th, 13th, 17th, 20th and 29th of July 2021, criticised the governor and published in Hausa and Fulfulde languages on his Facebook page.

He was said to have allegedly described Governor Fintiri as “a thief and father of all thieves in Nigeria.”

Numan allegedly claimed that the governor stole noodles and spaghetti and also hundreds of billions of naira.

According to a statement of complaint by the Attorney General and Commissioner for Justice, Afraimu Jingi, lodged by Senior State Counsel, M. A. Adamu, the action of the defendant generated tension among the supporters of the governor.

Adamu added that a Peoples Democratic Party youth leader, Yola North, lodged a complaint at the Department of State Services before Numan was arrested and prosecuted.

After the hearing, counsel for the complainant, M.A. Adamu, prayed the court to adjourn the matter to enable him to assemble witnesses.

The Magistrate then ordered the remand of the defendant at a correctional centre, and adjourned the case till August 11, 2021, for summary trial.