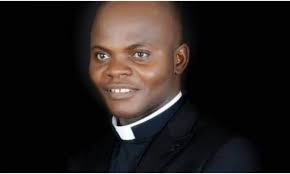 Rev. father John Gbakaan Yaji Has been abducted and murdered by unknown gunmen in Niger state. He Is Of Minna Catholic Diocese. The incident was said to have happened on Friday night in a village called Tufa along Lambata=Lepal road of the state.

Rev, father john was said to be returning from a religious meeting in Lambata in Gurara local government area of the state along with his colleagues when the attacked took place.

Rev. john was said to be been abducted along with his younger brother, who’s where about is yet unknown.