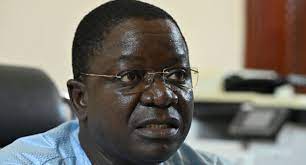 Deby, who himself came to power in 1990 at the head of a rebel force, had gone to the region to lead the fighting against the Libya-based Front for Change and Concord in Chad (FACT).

Mr Padacke is to head a transitional government whose members will be named or revoked by the new junta leader, the decree said.

The younger Deby, a four-star general who previously commanded the elite Republican Guard, was named president and head of the TMC and parliament was dissolved — a move branded an “institutional coup” by the opposition.

The junta on Sunday vowed to root out FACT leader Mahamat Mahadi Ali, accusing him of “war crimes” and seeking help from neighbouring Niger to track him down along with his fighters.