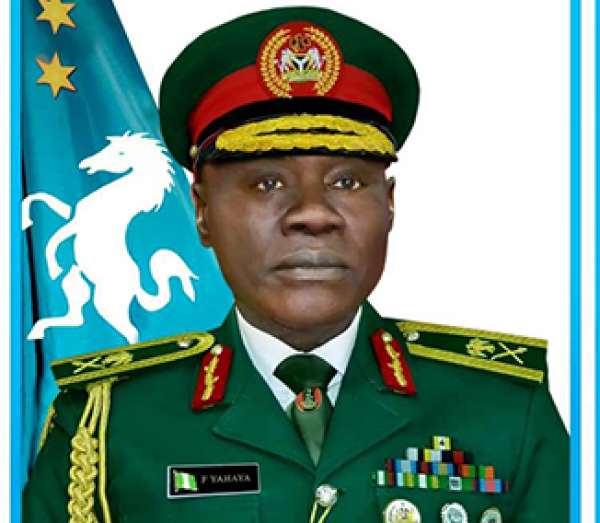 The Nigerian Army has stated that its new Chief of Army Staff, Faruk Yahaya is yet to spend up to 36 years in service.

According to the army, Yahaya’s service started on Sept. 22, 1990 when he was commissioned as an officer.

The Director, Army Public Relations, Mohammed Yerima, made the clarification in a statement on Tuesday in Abuja.

Mr Yerima said that the COAS, during his confirmation screening at the National Assembly, mentioned that he was bringing his 36 years of military experience to bear.

According to him, Mr Yahaya told the Senators that what he brought along “in this highly tasking office is about 36 years of military experience, having joined the Army on 27 September 1985 as a member of 37 Regular Course (Degree)”.

Mr Yerima noted that the COAS went further to state that “since that time when he passed out on September 22nd, 1990”.

He said, for the records, the COAS had accurately captured his military experience to include the five years he spent in training as Officer Cadet in the Nigerian Defence Academy.

“The record of service of an officer however counts from the day he is commissioned.

“This is clearly stated in the Harmonized Terms and Conditions of Service (Officers) 2017 Revised,” he said.

“In the case of the 22nd COAS as he stated clearly, he was commissioned on 22nd September 1990 which is reference point for his service years.

“This, therefore, means the message being circulated is completely inaccurate and out of context,” he said.

The Army spokesperson, however, urged the public to disregard claims that tended to portray that the COAS had spent 36 years in service.

According to him, the claims emanated from lack of knowledge of the military service