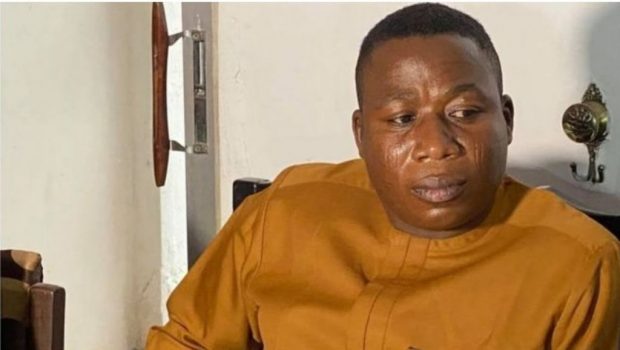 Yoruba nation activist, Chief Sunday Adeyemo, also known as Sunday Igboho, has said that he has not been soliciting financial supports from individuals or groups to assist him in the two court cases involving him and his aides in Nigeria.

Igboho last week Wednesday secured an injunction before Justice Ladiran Akintola of the Oyo State High Court against the Department of State Security (DSS) and the Attorney-General of the Federation/Minister of Justice not to arrest, intimidate, molest and freeze his bank account.

The case before the Federal High Court in Abuja involved 12 of his aides that were arrested on July 1, this year, when the DSS in collaboration with other security agencies stormed his home. The 12 persons were taken to court for the first time last week Wednesday since their arrest and were granted bail by Justice Obiora Egwuatu.

Igboho, who made this disclosure in a statement issued yesterday in Ibadan through his counsel, Chief Yomi Alliyu (SAN), distanced himself from groups, soliciting financial supports to perfect the bail of his associates in Abuja.

According to him, the various groups and individuals that have nothing to do with the case have been laying claims to sponsoring the suits in Ibadan and Abuja.

He stated further that the groups have also been criticising decisions of the Federal High Court on the bail conditions, saying those criticising the court do not really understand the law because bail is free.

The statement read in part: “We want to be quick to say that as at today no group and/or individual has contributed a kobo to the two cases going on in Nigeria to wit, his aides case in Abuja and the Ibadan matter. Various peanuts offered by some very loud groups have been turned down by me on my client’s instructions.

“He has been carrying his cross alone with no assistance from home or abroad! People should be brave to challenge any individual and/or group asking them for money on bail on his behalf or those of his aides.”