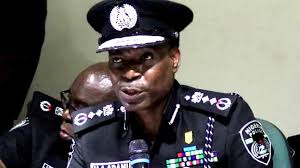 The current inspector general of police (IGP) Mohamme Adamu, he’s bid to exit the service early next month, however, report reaching us that a major crises is now looming in the Nigeria police force, this is as are of the plain to sell the multibillion naira Police Officers Mess located in Onikan, in Lagos.

The officer mess has served as a transit camp for senior officers in the force over the years, this edifice, contain about 40 chalets, two big hall, squash court, a lawn tennis court.

The attempt to depose this edifice over the year by successive IGPs was not successful, until the fresh plan allegedly by the outgoing IGP. Most of the civilian staff who maintain the facility and police personnel in the inspectorate and other ranks and file have been transferred out of Lagos, to other parts of the country.

According to information gathered, a private developer has started mobilising men and materials to the property in readiness for renovation and reconstruction work after the expulsion of the civilian staff and the senior police officers occupying the building had been asked leave, without providing them alternative accommodation.

Findings further revealed that some concerned senior officers in the force are not taking the matter lightly and would want the Presidency and the Police Service Commission, (PSC) to intervene and prevail on the outgoing IGP to put the act on hold in the interest of peace in the force.

According to one of such concerned officers, “this is a serious matter that the Presidency and the Police Service Commission have to intervene in. Why now? The IGP is going in a few weeks’ time.

“Several attempts made in the past under previous IGPs failed woefully and so also this fresh plot will not succeed. This illegal act is not limited to the Officers Mess at Onikan; it applies to other police choice landed properties in such areas as Ikeja, Falomo, Surulere and Apapa, amongst others.

“We will go to any lawful length to stall the illegal act. Why the sale in the first instance? This cannot and will never happen in the military. It is only in the Nigeria Police Force.

“Fresh information at our disposal revealed that the occupants of the edifice had just been made to contribute various amounts of money for the renovation of the Mess before the developer started suddenly even without the knowledge of the Force Commissioner of Works who incidentally occupies an apartment at the building.

“Findings revealed that the deal is being done secretly, but we are appealing to the prospective buyer to keep off as it will not stand the test of time after the exit of the outgoing IGP, because we are not in a banana republic where anything goes,” he said.


A top police officer, who spoke to Nigerian Tribune, called on well-meaning Nigerians, including the current chairman of the Police Service Commission, Alhaji Musiliu Smith, who is also a former IGP, the Oba of Lagos, Riliwanu Akiolu, a retired Assistant Inspector General of Police (AIG) as well as the Presidency to wade in to the matter without further delay