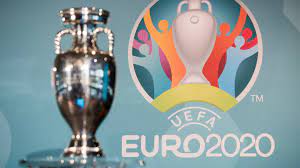 Uefa has confirmed Rome as the ninth definite Euro 2020 host this summer.

The Italian capital had been due to host the opening match of the delayed continental finals on June 11, but did not provide a minimum capacity guarantee to Uefa by the initial April 7 deadline.

However, Uefa said on Wednesday that the Stadio Olimpico would be at a minimum 25 per cent capacity for the four matches it will host – three group games and a quarter-final.

“Uefa has today received from the Italian Football Association, confirmation from the Italian government that the Uefa Euro 2020 matches scheduled for the Stadio Olimpico in Rome, will take place with spectators,” a Uefa statement read.

“The authorities have guaranteed at least 25 per cent of the stadium’s capacity will be filled. As a result, Uefa considers Rome to be fully confirmed as a venue for the tournament.

“Fans with tickets for matches in Rome should note that there will be no exemptions granted to any travel restrictions that will be in place at the time, for people arriving from outside Italy.”

Bilbao, Dublin and Munich are the three cities that Uefa is still seeking additional information from.

Bilbao and Dublin appear most likely to lose matches if they are unable to guarantee access to any spectators by April 19.

Uefa’s executive committee meets that day, followed by Uefa Congress on April 20, where final hosting arrangements are set to be made.

The Football Association of Ireland released a statement last week saying it was not in a position to provide minimum assurances, and the Department of Tourism, Culture, Arts, Gaeltacht, Sport and Media (TCAGSM) had nothing new to report when contacted by the PA news agency on Tuesday.

Local government in Bilbao initially said it was able to welcome fans to the San Mames stadium, but the Spanish federation said it would be “impossible” for Bilbao to have crowds.

The English FA has said it stands ready to host extra matches if called upon.