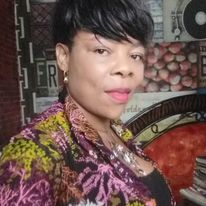 Intimate partner abuse is a major public health problem, due to its Infect, which nomaly result, in homelessness, injury, or death of victims.
Intimate partner abuse has been and, in some ways, continues to be endorsed in all societies through legal sanctioning of the subjugation of women and lack of legal protections for victims.

While domestic abuse strikes couples of all races, religions, social economic status, and sexual orientations, risk factors for men or women becoming victims or abusers include poverty, lack of a high school education, witnessing family violence as a child, having a low sense of self-worth, and attitudes of male domination and substance abuse, especially alcohol abuse.

More than one-third of women and one in 12 men have experienced intimate partner violence in their lifetime. Globally, the victims of domestic violence are overwhelmingly women, and women tend to experience more severe forms of violence. in some countries, domestic violence may be seen as justified or legally permitted, particularly in cases of actual or suspected infidelity on the part of the woman.

Domestic violence is among the most underreported crimes worldwide for both men and women. Due to social stigmas regarding male victimization, men who are victims of domestic violence face an increased likelihood of being overlooked by healthcare providers, and government authorities. Domestic violence often occurs when the abuser believes that abuse is an entitlement, acceptable, justified, or unlikely to be reported.

earlier said Domestic violence is a major public health problem it affects millions of people and often results in physical and emotional injuries and even deaths. Physically abusive behaviors include assault of any kind, ranging from pinching, pushing, hitting, or slapping to choking, shooting, stabbing, and murder. Verbal, emotional, mental, or psychological violence is described as using words to criticize, demean, or otherwise decrease the confidence of the wife, husband, or other intimate partner victim.

All forms of intimate partner violence are preventable. Strategies to promote healthy, respectful, and nonviolent relationships are an important part of prevention.

Programs that teach young people healthy relationship skills such as communication, effectively managing feelings, and problem-solving can prevent violence. These skills can stop violence in dating relationships before it occurs. this has been the advocacy of the human rights defenders and access to justics advocacy center over the years, which no doubt has yielded unprecedented results.

Domestic violence can happen to anyone—white, black, young, old, rich, poor, educated, not educated. Sometimes violence begins early on in a relationship and other times it takes months or even years to appear. But there generally are some warning signs. Be wary of the red flags an abuser may exhibit at any point in a relationship, such as

Discouraging you from spending time away from your partner

Embarrassing or shaming you

Making you feel guilty for all the problems in the relationship

Preventing you from working

Threatening violence against you, your pets or someone you love to gain compliance

Pressuring you to have sex when you don’t want to

Intimidating you physically, especially with weapons.