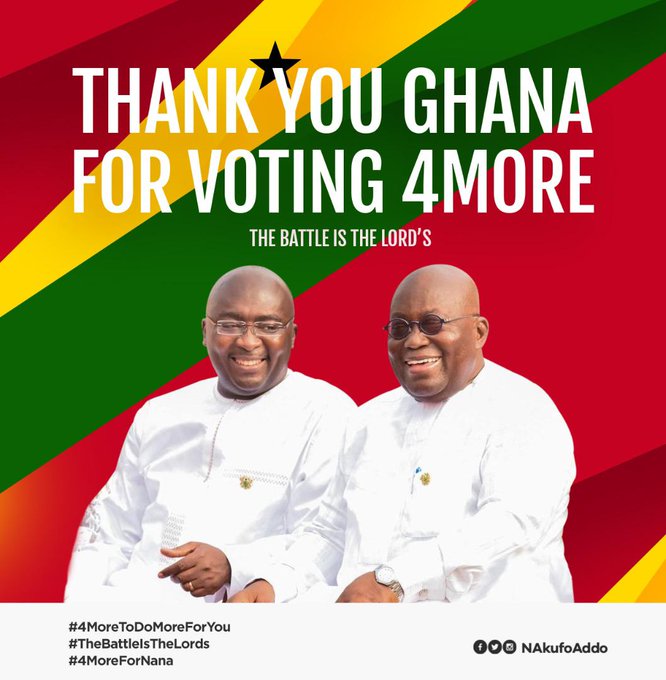 Mahama is a former president of  Ghana who has now been defeated twice byPresident Akufo-Addo. Also, the Ghanaian president has reacted to his victory via social media, thanking the people for re-election him.

Meanwhile, the Economic Community of West African States (ECOWAS) has commended Ghana for the peaceful conduct of the recently concluded presidential and parliamentary elections in the country, according to a Channels TV report. In a joint statement issued by ECOWAS, African Union and the United Nations Office for West Africa and the Sahel (UNOWAS), they urged political stakeholders and citizens to exercise patience and remain calm as the electoral commission announces the final official results.