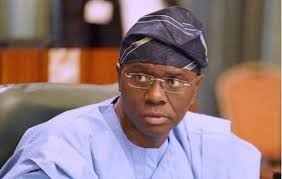 Lagos State Governor, Babajide Sanwo-Olu has told the Federal Government that the issue of Twitter ban must not be politicised as people are losing money and economies being destroyed.

Sanwo-Olu spoke during a live interview on Arise TV on Monday, where he shared details of his administration’s achievements in the last two years.

Sharing his opinion on the suspension micro-blogging site, Twitter, by the Federal Government, Sanwo-Olu said: “Mr. President, who is the Commander-in-Chief, may have some security information, which I do not have as a sitting Governor. I won’t say what the Federal Government or Twitter has done is right or wrong. What I see is that, on both sides, there are issues that can be resolved.

“So, in this period of suspension, let us sit and have a conversation. Had it been Twitter has an office in Nigeria, issues would have been resolved a lot quicker. In other climes, Twitter signs agreements on the rule of engagement.

“I don’t think that has happened here. The Federal Government, I believe, can handle the issue a lot better, because of the number of e-commerce firms and youths that are engaging in digital stuff.

“I believe there should be a lot of restraint and better management from both sides. I’ll plead that both sides come together in next one or two days and resolve this. We should not politicise this issue. People are losing money and economies are being destroyed, but there are also security issues. I am ready to give quality advice on what needs to be done if I’m called upon.”

On the recent progress recorded by the State in its response to infectious diseases, Sanwo-Olu revealed that Lagos now has the capacity to detect new variants of Coronavirus (COVID-19), given procurement of latest PCR machine.

This, he said, came ahead of the move by the State to build a world-class Infectious Disease Centre in Yaba to support research for diagnosis and treatment of contagious diseases in future.