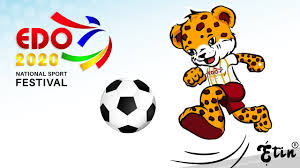 Edo State south-south Nigeria, has made it known to the general public that from tomorrow, Wednesday, March 24, 2021 the state officials will begin vaccination of coronavirus (COVID-19) for those that are going to represent state in the National Sports Festival ahead of the opening of the Games Village, on April 2, 2021.

Anehita Emeya, who is the project manager for Team Edo disclosed in the state capital Benin City, according to him, he said the Team is fully ready for the game and they are set to make the state proud.

He said the exercise is in line with the directive by the main and local Organising committee. The vaccination is compulsory for all the athletes and officials 12 days before the arrival for the tournament.

Anehita, said the decision to vaccinate the athletes and officials from the 35 states and the FCT, that are going to participate in the National Sports Festival was long arrived at, by the relevant agencies and the Local Organising committee, And it must be done 72 hours before arrival for the tournament,  and certificate most be presented

Emeya stated that the state plans to vaccinate about 1, 500 persons, including athletes, coaches, vendors and drivers.

Reassuring the team’s preparedness ahead of the national competition, the Project Manager noted that “Edo is to host and win the games.”