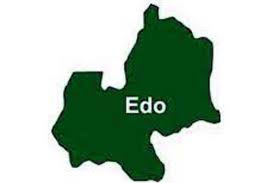 The Edo State Government has warned against indiscriminate dumping of wastes at unauthorized locations across the State, noting that the government will, henceforth, arrest and prosecute offenders.

Imariagbe said the road show is aimed at sensitising the people across various markets, in compliance with the government’s directive on the new order of keeping the State clean.

“We have embarked on this sensitisation for all residents to know the plans of the Edo State Government in keeping the environment, especially our markets, clean. This road show is to ensure that the people are aware of the steps taken by the government to ensure that the State is clean.

“We are working with a large team of Edo State Vigilante Security Network, the Nigeria Police, Health Officers and other relevant stakeholders, who are collaborating with us to ensure we achieve cleanliness in the State.”

Imariagbe continued: “People will be stationed in designated places and they will stay there throughout the night and anyone arrested for illegal dumping of refuse will be prosecuted in our mobile courts.

“I appeal to citizens to obey the government’s order and follow the rules. Once you are apprehended, such persons will be handed over to security agencies. It is a civil assignment and please, it should be handled in a civil way.”