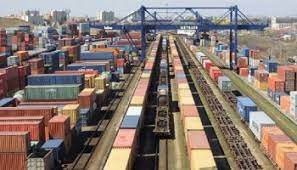 The governor made the submission at the Public-Private Dialogue on Inland Dry Port Operations in Nigeria organised by the Abuja Chamber of Commerce and Industry (ACCI) in partnership with German Development Agency (GIZ) and the European Union (EU).

The governor, who was represented by the Managing Director, Edo State Investment Promotion Office, Kelvin Uwaibi, said the inland dry port has now become a multifunctional economic value to the state and the country at large.

He noted: “The commencement of the African Continental Free Trade Area has made it expedient for Nigeria to strengthen its inland dry ports for easier access to exporters wanting to export goods out of the country. There is need for seamless collaboration between stakeholders ease the movement of goods.”

He asserted that Edo State is a logistics hub and the ongoing inland dry port has the capacity of serving over 400 local government areas in the country, hence the State is partnering with other stakeholders to commence work on the road leading to the AMES-EDO Inland Dry port.

“Edo State is thinking long-term, thus the infrastructural design of the road takes into consideration future activities of the inland dry port”.

He informed the stakeholders that there was need for synergy to ensure the sustainability of the inland dry port, noting that Nigeria loses over $12 billion(N6 trillion) annually on agricultural produce that otherwise could have been processed and exported.

“It is important that our highways are safe and that security officials play their role in making sure that goods have safe passage and fewer bottlenecks while on transit on our highways.

The Director-General, Abuja Chamber of Commerce and Industry (ACCI), Victoria Akai, in her opening remarks, said the Nigerian logistics sector is undergoing extensive expansion across transport and logistic modes, which includes the expansion of railway ports, roads, airports and other infrastructures.