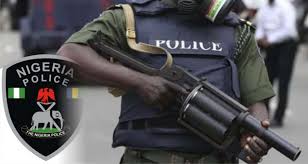 The victims were kidnapped “along Lagos Bypass, by Ahor community, Benin City, on 25 April, 2021, at about 0300hrs, and were taken into the bush, where they were said to have met other victims.

According to a statement by the command’s spokesman, Kontongs Bello, the victims were traveling in a Sienna Bus from Port Harcourt, Rivers state, to Lagos, when they were abducted.

“On receipt of the information, the police operatives immediately swung into action and rescued two of the victims at about 10.30 am on Wednesday, 28 April, after an exchange of gun battle with the hoodlums,” Kontongs said.

The statement further added that one of the victims, Adewale Rilwan, who sustained injuries during the rescue operation from the use of matchete by the hoodlums, is presently receiving treatment in the hospital.

The State Police Commissioner, Phillip Aliyu Ogbadu, urged the public to avail the command with useful information that would expose criminal elements in the state.