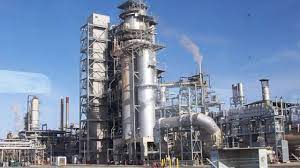 As Edo readies for the Edo Modular Refinery in Ologbo, Ikpoba-Okha Local Government Area to begin operations, residents have lauded Governor Godwin Obaseki for the development and speedy completion of the project.

The refinery being developed by Edo Refinery and Petrochemical Company Limited (ERPC) with support from the state government, has the capacity of 6,000 barrels per day and is expected to produce 50 percent of diesel (500,000 litres), 25 percent of naphtha (300,000 litres) and 20 percent of low pour fuel oil (lpfo) (200,000 litres) from its feedstock.

The residents who spoke at separate interviews with journalists in Benin City, hailed Obaseki for pursuing a systematic industrialisation roadmap that is transforming the state into an investment haven for big-ticket projects.

Osakpolor Edosa, who lauded the speedy completion of the project, noted that the development would immensely impact the lives of Edo residents and businesses in the state.

According to him, “Edo people are elated and optimistic that the Edo Modular Refinery being pursued by the Governor Godwin Obaseki-led administration has become a reality as the refinery is ready to begin operations.

“The governor has continued to keep his promise of driving industrial and infrastructural development in the state, as well as opening up the state for investment. The positive impacts of this project on the lives of the people and businesses in the state cannot be overemphasized.”

Also, Ikponmwosa Osagie, said when the refinery becomes operational, it will further open the state for economic activities and provide thousands of job opportunities for teeming youths in the state.

Osagie noted, “We thank Governor Obaseki for putting Edo people at the forefront of every project embarked upon by his administration. The youths of Edo State are specifically elated over this project because of its impact on the youth population.

“The Edo Modular Refinery, which is expected to begin operations soonest will create legitimate employment opportunities thereby reducing poverty. The project will facilitate the establishment of a fabrication yard as proposed by the promoters of the project and create a basis for expertise, professionalism and further training in the oil and gas industry.”