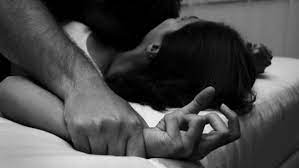 A young girl of about 19 years old has been raped by member of the anti-cult group in warri Delta state, south Local Government Area of Delte State. The rape incident occurred in an uncompleted building where Redeemed Christian Church Of God worship at Apala street,

The main suspect identified as Efe and three other of his associate forced the girl at gunpoint and dragged her into the uncompleted building where he (suspect) allegedly had carnal knowledge of her while the others watched at about 9:15pm on Thursday March 25.

The victim was rushed to a hospital for a medical test to ascertain the true position of the matter.

The victim, who narrated her ordeal in the hands of the anti-cultist, said only Efe raped her.

According to her, she raised the alarm but no one came to her rescue.

The suspect and the others were later arrested by the police after a guy whom they earlier threatened with their guns reported them.

Meanwhile, the Divisional Police Officer “B” Division, CSP Kelvin Zukumo, has assured that justice would be served in the light of truth and conscience.