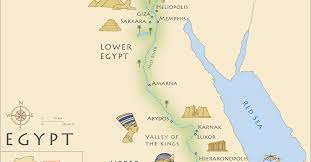 Egyptian authorities executed nine people Monday over the storming of a police station in 2013 in which 13 policemen were killed, a security source said.

The executions took place “this morning”, the source told AFP.

Capital punishment for civilian convicts in Egypt, the most populous Arab country, is carried out by hanging.

The raiding of the Kerdasa police station, in the southern outskirts of the capital Cairo, took place on August 14, 2013.

Over 180 people were initially sentenced to death over the incident, though many later had their convictions reduced on appeal.

Those executed Monday were part of a group of 20 people whose death sentences were upheld in 2018.

The security source did not specify the fate of the other 11.

Rights group Amnesty International said one of those executed Monday was an 82-year-old man.

The executions were “a chilling demonstration of the Egyptian authorities’ disregard for the right to life and their obligations under international law”, Amnesty’s Philip Luther said in a statement.

“By carrying out these executions during the holy month of Ramadan, the Egyptian authorities have displayed a ruthless determination to persist with their escalating use of the death penalty,” he added.

Rights groups have said the bloody violence in August 2013, in which hundreds of supporters of deposed Islamist president Mohamed Morsi were killed, was “one of the world’s largest killings of demonstrators in a single day in recent history”.

The camp dispersal continues to be a lightning rod for Egyptians and for the government of President Abdel Fattah al-Sisi, who led the military overthrow of Morsi in July 2013.

“Al Ikhtiar 2” (The Choice 2), a popular Ramadan serial airing this month and funded by a production company with close ties to the country’s security agencies, recently showed both real and reconstructed footage of the Kerdasa police station raid and the camp dispersal.

The controversial episodes were hotly debated on social media.

Amnesty International this month noted “a significant spike” in recorded executions in Egypt, which saw a more than threefold rise to 107 last year from 32 in 2019.

At least 57 people were hanged in October and November alone, the London-based rights group said in December.