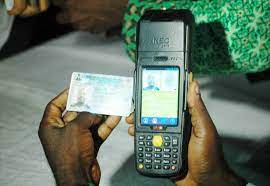 Advocates of electronic transmission of results by the Independent National Electoral Commission (INEC) are in for disappointment following a provision in the Electoral Bill, 2021 foreclosing any such arrangement. The bill is now being considered by the National Assembly. The bill also pegs expenditure for Presidential campaign by each candidate at N15billion. Many stakeholders had canvassed electronic transmission of election results during the public hearing on the bill.

The stakeholders were of the view that that the step would go a long way in curbing rigging and manipulation of electoral outcomes. However, Section 50 (2) of the Electoral Act Bill which was sighted by our correspondent in Abuja yesterday makes no provision for INEC to transmit results of any election electronically. The section reads: “Voting at an election under this Bill shall be in accordance with the procedure determined by the Commission, which may include electronic voting, PROVIDED that the Commission shall not transmit results of elections by electronic means.”

Our correspondent learnt that the section was “smuggled” into the Bill as it was never part of the provisions agreed upon between the stakeholders and the Senate Committee on INEC during their various engagements. It was also learnt that the Bill may be considered and passed by the Senate next week. The bill empowers INEC to put a ceiling on the amount of money or other assets which an individual can contribute to a political party or candidate and to demand such information on the amount donated and source of the funds.

It also provides that any individual, candidate or political party who exceeds the limit placed by the Commission commits an offence and is liable on conviction to-(a) in the  case of political party, a fine not more than N10 million and forfeiture of the amount donated and (b) in case of an individual, a fine of five times the amount donated in excess of the limit placed by the Commission.

Similarly, it says  that the election expenses that may be  incurred by a candidate in respect of senatorial and House of Representatives seats shall not exceed N1.5 billion and N500 million respectively.

For State Assembly election, the election expenses that may be incurred by a candidate shall not exceed 50, 000, 000, 00. It is N50million for local government chairman candidates and N500000 for those contesting to be councilors.