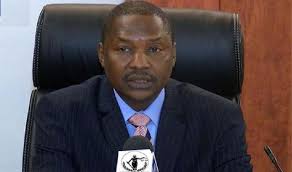 President Buhari is concerned about the human rights of Nigerians, this was communicated to the general public by the Attorney General of the Federation, Abubakar Malami, on Wednesday in Abuja when he appeared on Channels Television’s Politics Today.

He said the tolerance of the past End Sars protesters which clearly violated laws of the land was an indication of the president’s accommodation of human rights..

He said: “As far as Human Rights records of the government of President Muhammadu Buhari is concerned, the fact speaks for itself.

“The commendation by the international body which is the Committee for the Protection of Journalists, local compliance with the recommendations of the National Human Rights Commission, which has been unprecedented, tolerance and indeed, accommodation for the excesses of the #EndSARS protesters were all facts that go to establish a point that the government of President Buhari has shown greater accommodation of the human rights violation and the tolerance to the human rights record as far as the Nigerian State is concerned.”