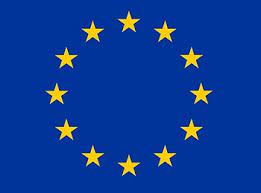 The European Union has proposed easing restrictions on travel to the 27-member bloc and overseas tourists as vaccination campaigns keep gathering speed.

Travel to the EU is currently extremely limited except for a handful of countries with low infection rates.

But with the summer season looming, the European Commission hopes that the new recommendations will help dramatically expand that list.

“The Commission proposes to allow entry to the EU for non-essential reasons not only for all persons coming from countries with a good epidemiological situation, but also all people who have received the last recommended dose of an EU-authorized vaccine,” spokesperson Adalbert Jahnz told reporters in Brussels.

EU officials believe the vaccination campaigns will soon be “a game changer” in the fight against the deadly virus, especially within the bloc and the border-free Schengen zone.

Under the EU’s executive arm’s proposal, EU countries should allow travellers from third countries into the EU if they have been people vaccinated with serums approved for use in the region.

Member states could also individually decide to accept travellers immunised with vaccines listed by the World Health Organisation for emergency use.

Its proposal will be discussed with member states’ ambassadors on Tuesday and the Commission hopes it could enter into force by June.

The EU has already announced plans for a digital certificate, which would cover anyone who is either vaccinated against Covid-19, has a negative test or has recently recovered.