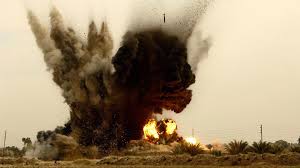 It was gathered that the kids were playing within a field when the unspent grenade exploded.

Two died instantly, while three others passed away in a hospital in Mada, Cameroon.

The Boko Haram sect seized Ngala eight years ago and was later dislodged by the military.

It is believed that unexploded mines and grenades from previous battles are still in the axis.