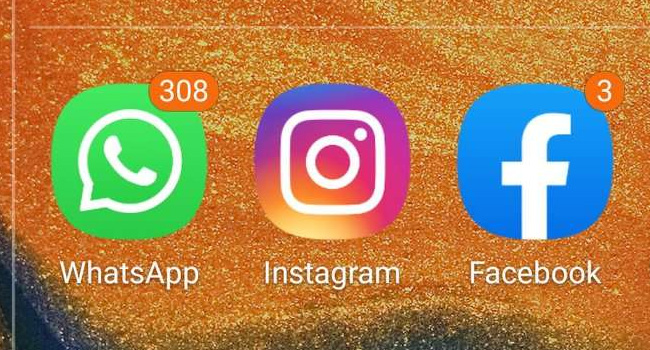 US federal and state anti-trust enforcers filed suit against Facebook on Wednesday claiming the social media giant abused its dominant position with its acquisitions of messaging services Instagram and WhatsApp.

Separate suits filed by the Federal Trade Commission and a coalition of state officials called for the divestment of Instagram and WhatsApp, services which have billions of users and are part of the Facebook “family” of applications.

“Facebook’s actions to entrench and maintain its monopoly deny consumers the benefits of competition,” said Ian Conner, director of the FTC’s Bureau of Competition.

“Our aim is to roll back Facebook’s anticompetitive conduct and restore competition so that innovation and free competition can thrive.”

A separate legal action was filed by state antitrust enforcers from 48 US states and territories.

“For nearly a decade, Facebook has used its dominance and monopoly power to crush smaller rivals and snuff out competition, all at the expense of everyday users,” said New York state Attorney General Letitia James, who leads the coalition.

“Facebook used its power to suppress competition so it could take advantage of users and make billions by converting personal data into a cash cow.”

The suits allege Facebook sought to squelch competition by acquiring the messaging applications — Instagram in 2012 and WhatsApp in 2014.

The action presages a fierce court battle seeking to force Facebook to divest the apps which have become an increasingly important element of the business model of the California giant and integrated into its technology.

Facebook said it would offer a detailed response after reviewing the cases but added: “Years after the FTC cleared our acquisitions, the government now wants a do-over with no regard for the impact that precedent would have on the broader business community or the people who choose our products every day.”

The case is likely to hinge not only on Facebook’s share of social media users but the vast troves of data it collects from some three billion users worldwide.

“Facebook has been spending its time surveilling users’ personal information and profiting from it,” James said.

“No company should have this much unchecked power over our personal information, and our social interactions.”

Tiffany Li, a Boston University law professor who studies the sector, said that while Facebook has rivals bidding for internet users’ attention it has a big advantage because of its access to data.

“One company owning multiple platforms is not, in itself, necessarily a bar to competition,” Li said on Twitter.

“However, one company having exclusive ownership of vast amounts of user data, with no potential for interoperability or access to competitors, can be anti-competitive.”

Li added that new startups “have an uphill battle to reach users due to network effects, even if they have better products.”

The FTC announced earlier this year it would review acquisitions made by five Big Tech firms over the past decade, opening the door to a wave of potential antitrust investigations.

The consumer protection agency said it would review deals made by Amazon, Apple, Facebook, Microsoft and Google parent Alphabet since 2010 amid growing complaints about tech platforms which have dominated key economic sectors.

The US Justice Department, which shares antitrust enforcement with the FTC, in October sued Google parent Alphabet, accusing the Silicon Valley giant of maintaining an “illegal monopoly” in online search and advertising and opening the door to a potential breakup. Eleven US states joined that case.

Scrutiny has been increasing for the large tech firms which have extended their dominance in recent years, including during the global pandemic as more people turn to internet platforms for goods and services.