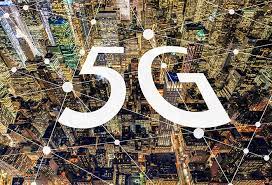 The Federal Government has approved the National Policy on the fifth-generation (5G) network in Nigeria.

This is according to the Minister of Communications and Digital Economy, Isa Pantami, who addressed journalists in Abuja after the weekly Federal Executive Council meeting on Wednesday.

He explained that the benefits that accrue from using the 5G network include larger capacity, higher data rates, among others.

“Mine is a memo which I presented before the Federal Executive Council, which has also been approved after deliberation. That is the National Policy on Fifth Generation Networks for Nigeria’s digital economy, the national policy on 5G,” he said.

“That policy has been approved by the Federal Executive Council today. Furthermore, the policy discusses the benefits to be attained through the deployment of 5G in Nigeria and in any part of the world which includes lower latency, larger capacity, and higher data rate.

“These are the three major benefits of the fifth-generation (network). In a simple language, we can say it will open many opportunities economically, academically, educationally and even in the health sector. It will also support our security institutions, particularly in areas where they need high-quality services.”

According to the Minister, the radiation from the 5G has proven to be lower than the 4G, televisions or microwaves, contrary to stories peddled on social media.

There have been concerns about the deployment of the 5G communications network, especially over its purported linkage with the COVID-19 outbreak. The claims have been repeatedly denied by authorities.

On May 19, the Senate asked the Federal Government to suspend plans to deploy the 5G network pending a six-month investigation into possible health risks associated with the technology.

In telecommunications, 5G is the fifth generation technology standard for broadband cellular networks, which cellular phone companies began deploying worldwide in 2019, and is the planned successor to the 4G networks which provide connectivity to most current cellphones.

Away from the 5G network, the Minister also reacted to the security situation in the North-West.

He clarified that telecommunications shut down in Zamfara State did emanate from him but was at the request of security institutions to enhance strategies.

According to Pantami, the government is willing to take any action including compromising economic benefits to render full support towards the security of the country.

Although he declined to disclose if the same measure would extend to other states affected by banditry, he pleaded for greater support towards the security agencies to allow them to deliver on their mandate.

Mobile telephone networks were shut down in Zamfara State on Monday after authorities ordered a telecoms blackout to aid the armed forces in tackling banditry in the area.