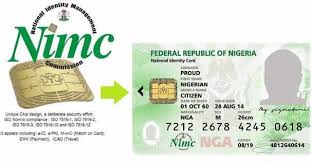 The national identity number registration has be extended till 6th of April 2021,the federal government announced this on Tuesday, through the Director, Public Affairs, Nigerian Communications Commission, ikechukwu Adinde, on his  WhatsApp message to journalist, said the extension was conveyed by the Minister of Communications and Digital Economy, Isa Pantami.

Isa Pantami disclosed this during the meeting of the Ministerial Taskforce on NIN-SIM registration which held on the 1st of February, 2021.

The federal government has on December 15, 2020, declared that after the 30th of December 2020, that any SIM card that is not linked with a valid NINs on the network of telecommunications companies would be blocked.

The deadline was later extended to 19th of January 2021, this latest extension is coming as a result of series of calls that various organizations are calling in support of the extension.

The concern of many citizens is why, should this registration be done at this time the nation is battling with the COVID-19 pandemic, some citizens expresses their concern that it will enhance the spread of the pandemic, considering the urgency the federal  government has attached to the exercise.