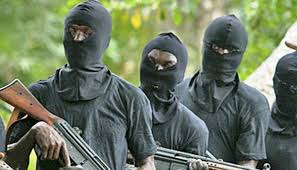 Two traditional rulers where reportedly killed on Tuesday by unknown gun men while holding a meeting, news reaching us says that the gun men came in numbers and shot into the air sporadically.

A lot of people in the meeting also sustained various degree of injuring’s, the police command in Imo state confirmed the incident, but, defers in the number of death involved.