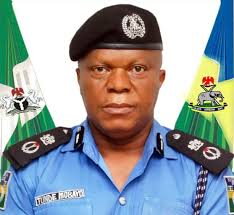 Four men were arrested in Ekiti state for fake kidnap  of one of them, Adelusi Adewale, the police source in the state made this know to the public,  the four men where to get 250,000 from the family for the new year celebration

The three other suspects are Yusuf Hassan, Yakubu Usani and Agboola Damilola, who the police said were arrested alongside the fake kidnap victim in a bush between Iworoko Ekiti and Ifaki Ekiti at about 10pm on New Year’s eve.

According to police Spokesperson for the state, Sunday Abutu, said in a statement on Saturday entitled, “RRS arrests self-kidnapper, three others,” that the suspects were arrested by the police following a report of the matter which made the cops to swing into action.

Abutu stated that one Mrs Aderonke Aladejana at about 6.30pm in December came to the Rapid Response Squad office and reported that her cousin, one Adelusi Adeweye, was kidnapped on the same date along Ado-Iyin Ekiti Road.

He stated, “She said that the kidnappers were calling through the phone number of the supposed victim and demanding N250,000 as ransom. Upon receipt of the report, the RRS swung into action by deploying a special team for thorough investigation for a possible arrest of the culprits.’’

Abutu, who said the suspects were arrested in the bush in the process, said, “During interrogation, the four suspects confessed to have conspired and faked the kidnapping of Adeweye to get some money from his family for the New Year.

“Investigation is ongoing for further findings. As soon as it is concluded, the suspects arrested shall be charged to court for prosecution,” he stated.

The police spokesperson stated that the state Commissioner of Police, Tunde Mobayo, urged the public “to be wary of the people around their various communities and promptly report any criminal case or suspected person or group of persons found in their neighbourhood to the nearest police station for timely action.”