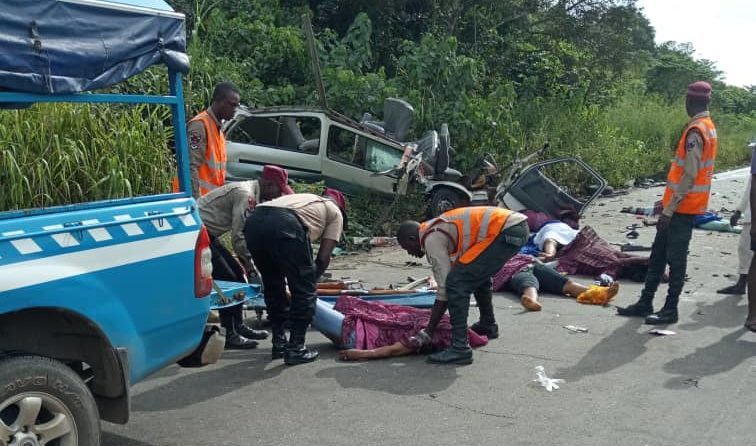 The Federal Road Safety Corps (FRSC) in Edo has said that no fewer than three persons lost their lives in four recent road crashes that occurred within the state.

Mr Henry Benamaisia, the State’s Sector Commander of the Corps, disclosed this on Wednesday in an interview with the News Agency of Nigeria (NAN), in Benin.

Benamaisia said that the deaths were recorded from four crashes that occurred during the Eid-El-Kabir celebration in the state.

According to him, the Corps embarked on its Sallah Special Patrol activities from July 16, to July 25.

“The special patrol was aimed at a crash-free Sallah Celebration devoid of traffic hitches.

“The regular Marshals in conjunction with the Special Marshals of the state command, carried out traffic control in different locations of the state.”

He said public enlightenments were also carried out in religious circles, motor parks as well as media houses across the state.

“During this period under review, it was observed that four crashes occurred across the state, with three deaths recorded.

“Out of the four crashes, two were fatal, one serious, and the other crash a minor one,’’ he explained.

He further disclosed that 24 persons comprising 19 male adults and five female adults were involved in the crashes.

“Similarly, to ensure high level of compliance to road traffic rules by motorists, patrol enforcement activities were adequately carried out.

He advised motorists to be disciplined, tolerant and obey traffic laws at all times.