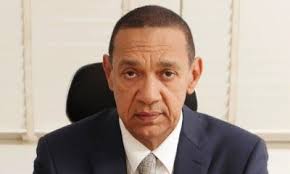 Senator Ben Murray-Bruce has condemned the increase in pump price of fuel to N212 per litre.

The former lawmaker on Friday wondered why the Nigerian system develops government policies which believes in suffering the masses. He said now is not the time for Nigerians to be spending more on fuel amid oppressive economic factors.

His tweet: “I still will not understand a system that believes in suffering for the masses as a government policy.

“Someone, please educate me. Nigerians shouldn’t be paying more for fuel at this time, amid low minimum wages and other oppressive economic factors.”

His reaction is coming hours after the Petroleum Products Pricing Regulatory Agency (PPPRA) announced the new increment on its website, stating that it was due to the market determinants and importation costs.

But the NNPC countered the announcement, insisting that there is no increase in fuel price in March.