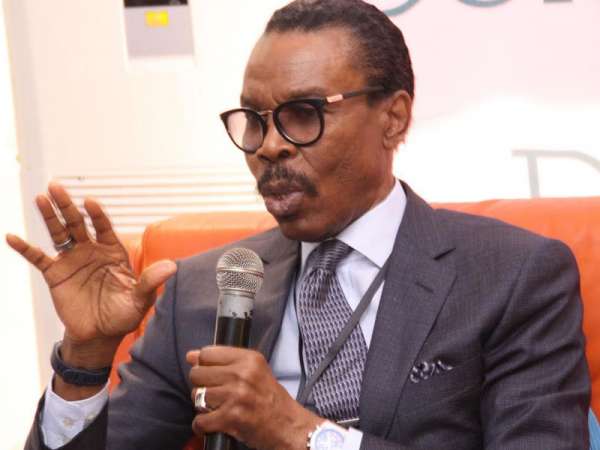 Rewane, a member of the Presidential Economic Advisory Council, said this at this month’s edition of the LBS Breakfast Session in his presentation, a copy of which was obtained by our correspondent on Wednesday.

The economic expert posed what he described as five tough questions for Nigerian policymakers.

“The best hedge against inflation? Real estate/equities/bitcoin or precious metals? Will the naira crash to N600/$ as BDCs scramble? Is the PIA (Petroleum Industry Act) going to make things better for us? 1. Petrol 2. Insecurity 3. New investments.”

The National Bureau of Statistics said recently that the country’s GDP grew by 5.01 per cent in the second quarter of this year as against 0.51 per cent in Q1 while inflation dropped to 17.38 per cent in July from 17.75 per cent in June.

Rewane noted that in Q2, out of 46 activities, 34 expanded, eight slowed and four contracted.

He said, “Fastest growing sectors were the most impacted by the [COVID-19] shutdown. They are job-elastic and have the potential to boost productivity.

“Real GDP (2.7 per cent) still below potential GDP (8.3 per cent). Economy still in a recessionary gap. Population (3.2 per cent) growing faster than GDP.”

According to him, people are angry because the socioeconomic conditions have worsened.

“Positive GDP growth yet to have a significant impact on socioeconomic conditions. Strategic investment and increased stimulus in job-elastic sectors and elimination of leakages (misaligned exchange rate and subsidies) necessary to achieve sustained economic recovery and inclusive growth.”

Rewane noted that the special drawing rights allocation of $3.35bn to the country from the International Monetary Fund would provide a 10 per cent cushion to external reserves.

Rewane also noted that the Federal Government borrowing through Ways & Means advances had climbed by 595.5 per cent to N15.51tn in five years.