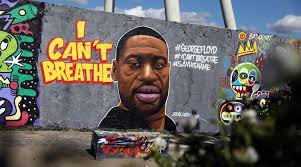 Attorneys in the trial of a former Minneapolis police officer charged with killing George Floyd are set to make their closing arguments Monday.

Each side will pull key testimony to support their narrative for what killed Floyd in a case that roiled America 11 months ago and continues to resonate.

Derek Chauvin, 45, is charged with second-degree murder, third-degree murder and second-degree manslaughter. All three require the jury to conclude that Chauvin’s actions were a “substantial causal factor” in Floyd’s death — and that his use of force was unreasonable.

That crime carries a punishment of up to 40 years in prison, although Minnesota sentencing guidelines call for a shorter sentence of up to 15 years for someone such as Chauvin with no prior convictions.

For prosecutors, Chauvin recklessly squeezed the life from Floyd as he and two other officers pinned him to the street for 9 minutes, 29 seconds outside a corner market, despite Floyd’s repeated cries that he couldn’t breathe — actions they say warrant conviction not just for manslaughter but also on two murder counts.

For the defense, Floyd, who was Black, put himself at risk by swallowing fentanyl and methamphetamine, then resisted officers trying to arrest him — factors that compounded his vulnerability to a diseased heart and raise sufficient doubt that Chauvin, who is white, should be acquitted.

The anonymous jury will later deliver verdicts in a courthouse in an anxious city heavily fortified by National Guard members and just days after fresh outrage erupted over the police killing of a 20-year-old Black man in a nearby suburb.

The jury, along with two alternates, is comprised of six white women, two white men, three Black men, one Black woman and two multiracial women, according to court records. Once they receive the case, they will be sequestered in a hotel outside of deliberation hours.