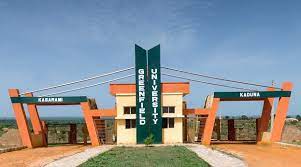 One of the students kidnapped at Greenfield University in Kaduna, Aaron Attahiru, has been reunited with his family after regaining freedom from their abductors.

Mr Attahiru and 21 others were kidnapped late April.

While five of them have been killed by the bandits and with Mr Attahiru released, 16 of the students remain in captivity.

Correspondent gathered that Mr Attahiru was released on May 1 after his family paid an undisclosed amount as ransom.

The student’s mother, Lauretta Attahiru, also confirmed the development to journalists on Tuesday but did not give further details on his release.

We had earlier reported threats by the leader of the gang, Sani Jalingo, to kill the remaining students on Tuesday if they are not ransomed.

During an audio interview with the Voice of America (VOA), he demanded a ransom of N100 million and 10 brand new Honda motorcycles from the Kaduna State Government.

But Governor Nasir El-Rufai had repeatedly stated that the state has a “no-negotiation, no-ransom” policy.

Multiple telephone calls and texts sent to the state’s Commissioner for Home Affairs and Internal Security, Samuel Aruwan, and the police spokesperson in the state, Mohammed Jalige, on the state of the students, have not been responded to since Tuesday.

Nevertheless, parents and concerned Nigerians have urged the government to act and ensure the release of the students.

The National Association of Parents Teachers Association of Nigeria (PTA) has appealed to the kidnappers not to kill them upon the expiration of the ultimatum given.

The president of the association, Haruna Danjuma, pleaded with the abductors to spare the lives of the students.

“We were shocked with that statement on the radio (VOA) that all the remaining students of Greenfield University would be killed if N100 million and 10 motorcycles were not given to them today (Tuesday).

“We are simply begging them not to kill any other student in view of the fact that they are innocent.

“The deadline is really worrisome and we as parents are concerned and worried over the lives of our students and teachers of the university.”

He said with the harsh economic situation in the country, it will be very difficult for parents to raise N100 million and pleaded with the bandits to have mercy on the students and release them.

He also called on communities, vigilante groups and others to assist in protecting schools.

Meanwhile, the Presidency has said the federal government is working with the state government to free the students.

” We deeply share the anguish of the parents of the abducted Greenfield University students. The Federal Government through the military & intelligence agencies is working to support the Kaduna State Govt to bring this tragic saga to an end with no further loss of innocent life,” a short statement shared via its official twitter account read.

“We will ensure that good triumphs over evil, & that all of the bandits & criminals terrorizing innocent lives & communities are brought to book.”