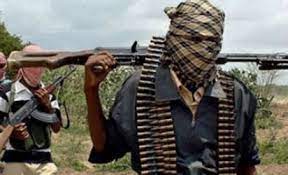 Gunmen on Saturday killed a Yobe-based Islamic scholar, Sheikh Goni Aisami-Gashua at Jajimaji, the headquarters of Karasuwa local government council of the state.

The cleric was said to be travelling from Gashua to Kano when he was followed in a bus by the attackers.

Some Gashua residents told our source that the incident happened around 10am at Jajimaji, a distance of less than 30 kilometers away from Gashua, the hometown of the Senate President, Ahmad Lawan.

Police spokesman in the state, DSP Dungus Abdulkarim, in a telephone conversation with our correspondent said suspects wielding AK-47 rifles have been arrested and are in police custody.

Gashua has been one of the most peaceful communities in the state, even at the peak of the Boko Haram insurgency.