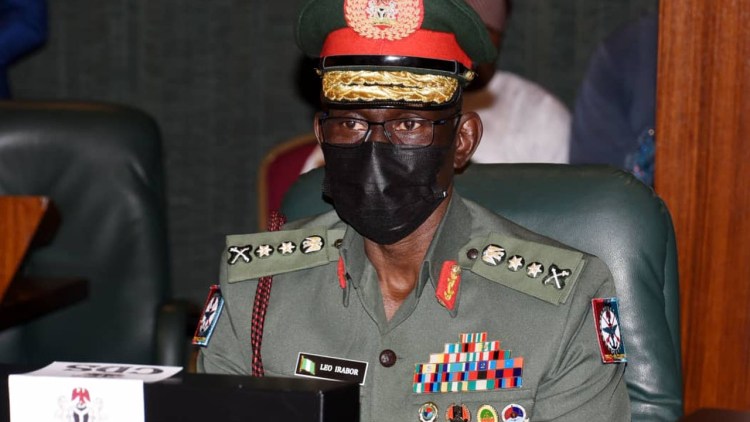 Our correspondent reports that Niger State has been one of the hardest hit by the nefarious activities of bandits and terrorists, with nearly daily incidences of violence and kidnapping for ransom.

Monday’s abduction of the state commissioner for information Mohammed Sani Idris brought to 238 the number of Niger State citizens languishing in the den of kidnappers.

According to reports, a formation of Agusta 109 and EC 135 helicopter gunships were deployed to effectively decimate bandits’ camps at Jasuwan Garba-Urege axis in Niger State following credible intelligence on their location.

The report quoted a senior military officer involved in the operation as saying the aircraft formation took turns in engaging the bandits’ locations with rocket strikes, cutting down fleeing terrorists.

“The camps were seen engulfed in flames after the strikes. Reports from locals disclosed that about 70 bandits, including their logistics bases, were destroyed.

“The operation occurred on August 5, 2021. Similar operations were executed on 6 August 21 by the air component at Kwawu and Uzawo, all in Niger State, and recorded huge successes with several bandits neutralised.”

Meanwhile,  the Niger State government  has remained mum on the demands of abductors of the state commissioner for information, Mohamed Sani Idris, who demanded N500 million ransom and N200 million for the APC Niger North chairman, Aminu Bobi.

The kidnapping of Sani was announced in three-paragraph press release on Monday by the chief press secretary to the governor, Mary Noel Berje.

However, security agencies have been urged to intensify intelligence gathering.

The village head of Baban Tunga, Malam Adamu Muhammad,  recalled that the commissioner had always come back home every weekend to be with them and nobody foresaw the plan of criminal elements to abduct him.

He said, “He (commissioner) made us a promise that wherever he goes, he will always be with us; that is why almost every weekend he was here, until this trial, and I pray for his safe release”

The chairman of Tafa local government, Ibrahim Ijah, called on the security agencies to do the needful and synergize for the safe release of the commissioner.

He said that based on the security situation in his local government area,  he held several security meetings in Abuja on the need to synergize with Abuja because Tafa local government is the gateway to Abuja.

“As far as Tafa local government is not safe, that means Abuja is not safe. I have emphasised during meetings with security agencies in Abuja of the need for joint security taskforce to minimize the issues of kidnapping,” he said,  adding, “if a commissioner is not safe, nobody is safe.”

Similarly, the Peoples Democratic Party (PDP) in Niger State has asked Governor Abubakar Sani Bello to, without further delay, rescue the abducted Tegina Islammiyya children, teachers and his own commissioner for Information,

The PDP, in a statement signed by the new chairman, Barrister Tanko Beji, said, “The PDP  is roundly disgusted and alarmed that it is over 70 days since the Tegina Islamiyya children were kidnapped.

“This is very unfortunate and sad. While the PDP conveys its prayers and heartfelt sadness to the families, we make haste to remind Governor Abubakar Sani Bello that the primary responsibility of any government is security of lives and properties especially this case that involves over 135 children of ages five and 15 years old.”

Nigerian Army has said there is no plan to release surrendered Boko Haram terrorists after rehabilitation.

The director army public relations Brig Gen Onyema Nwachukwu, stated this while reacting to a report alleging a plan by military hierarchy to release terrorists who surrendered recently.

He explained that being a professional organisation,the Nigerian Army will process the surrendered terrorists and pass them over to prosecuting agencies.

He said “while the Nigerian Army (NA) does not want to be distracted from its main focus of dealing decisively with the threats against peace loving Nigerians, it has become necessary to put issues in their right perspectives.

“It is a known fact that in the recent past, over 1,000 members of Boko Haram and their families have surrendered to the troops due to the intense pressure from troops’ sustained offensive actions.

“Among those were key leaders of the terrorist group who have renounced their membership and have turned themselves in.

“The NA, being a professional military organisation, will continue to act in accordance with the dictates of the Nigerian Constitution, as well as international best practices.”

He said the NA will never encourage any act of lawlessness or extra judicial killings.

“Accordingly, all surrendered terrorists will be received, processed and passed on to the relevant agencies of government for further assessment in line with extant provisions.” he said

He stated that the ongoing Operation Safe Corridor is an outfit established by the Federal Government and not the Nigerian Army and, as such, “it is absolutely wrong to say that the NA will free repentant terrorists.”

He therefore appealed to the public to disregard the deliberate distortion of facts by the medium and continue to support the Army in order to rid the country of terrorism and other forms of insecurity.

The Chief of Army Staff, Lieutenant General Faruk Yahaya, reiterated his admonition to all terrorist groups operating in the country to abandon their illegitimate cause and surrender to troops.

The council chairman, Hon. James Oche, who disclosed this in a telephone interview with our correspondent, explained that those killed in the attack include a child of less than one year, two children of less than five years and their mother.

According to him, the family of four was murdered and their house razed by the suspected militia.

“Even though the hostility along the border between Ngbo and Akpopogolo has been there over time, the Ebonyi militia are now engaging in guerilla attacks.

“Our border communities are always experiencing this guerilla attack, you know the history of crisis between Ngbo and Ohaukwu and how we have always cried out for the establishment of a police post at the border Communities.

“Personnel of Operation Whirl Stroke and other security agencies  in the state have been overstretched, so just as the Ebonyi  State Government has established a Police post and we are appealing to Benue State government to also do same to stop the incessant killing at the border Communities,” he said.

“We established an IDP camp but could not continue to cater for the displaced persons due to lean finances. The Deputy Governor Benson Abounu and Senator Abba Moro had assisted but lack of sustenance made the people leave the camp to engage in menial jobs to fend for themselves,” he said.