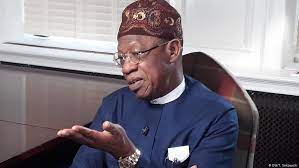 The Minister of Information and Culture, Lai Mohammed on Tuesday said the Federal Government has the capacity to crush Boko Haram/ISWAP terrorists in the northeast and bandits in the north western parts of the country.

This comes as security forces grapple with the activities of terrorists and bandits who have killed thousands, displaces hundreds of thousands and abducted several people for ransom.

Mohammed who spoke during a press conference in Lagos said contrary to the beliefs that the Federal Government is overwhelmed and lacks capacity to tackle the security threats, President Muhammadu Buhari administration is committed to restoring law and order, peace and security in the country.

“I have read comments saying the Federal Government is overwhelmed and doesn’t have a clue as to how to tackle the challenges. Some have even gone as far as suggesting a truncation of the democratic order, a clearly treasonable stance,” he said.

While noting that the Federal Government “acknowledges the security challenges we face at this time, from terrorism to kidnaping, banditry and farmer-herder conflict, it is definitely not overwhelmed and indeed it has the wherewithal, as you will see in the days ahead, to confront the challenges headlong and restore law and order, peace and security.

“One of the most difficult things to do, for a democratically elected government, is to use the instruments of coercion against its own people. For example, while the nation’s military have superior firepower over the rag tag band of Boko Haram and ISWA, the terrorists most often than not operate among the populace, either in our villages or towns, hence the military, in tackling them, is usually careful to avoid collateral damage.

The Minister also reacted to attacks on security attacks in the country, describing assault on security operatives as a declaration of war against the country.

While condemning the attacks, the government’s spokesperson warned that such attacks will be countered with overwhelming force.

He added, “There is a growing dangerous trend which I will like to comment on. It is the practice of launching deadly attacks against the nation’s security personnel. Soldiers as well as police, customs, and other security agents have been killed and maimed in some parts of the country in this growing trend of targeting security forces.

“I want to say, unequivocally, that any attack on our security men and women is an attack on the state and a declaration of war against the nation. It follows, therefore, that this will be countered with overwhelming force.”