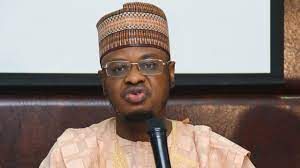 Reports had emerged on Sunday that Pantami had been placed on the list over alleged ties with Boko Haram leader.

The report claimed that the minister was said to be a close confidant of the late Mohammed Yusuf, the late leader of Boko Haram.

It also claimed that Pantami had ties with Abu Quata­da al Falasimi and other Al-Qaeda leaders whom he revered and spoke highly of.

But reacting, Bashir in a tweet described the report as ‘fake news.’

He maintained that the Minister has never been on any US watchlist.

He wrote, ”You have just endorsed a fake report without verifying. For your information @DrIsaPantamihas never been on any US watchlist.”