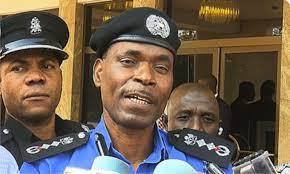 The Monday attacks in Owerri the Imo state capital were more than one thousand inmates were set free, the Inspector General of Police, Mohammed Adamu, says operatives of the Eastern Security Network is responsible for the Monday’s attack.

The nation’s police boss, condemned the dastardly act, by the prescribed Indigenous People of Biafra.

However IPOB, however, has since denied been behind the attacks. The police formations has deployment  additional units of Police Mobile Force and other Police Tactical Squads in Imo to strengthen security in the state to prevent further attacks on security formations or any other critical national infrastructure in the state. This statement was contained in a statement released by the IGP and signed by the Force Public Relations Officer, Frank Mba

It was earlier reported that gunmen attacked the Imo State Police Command headquarters and the Owerri Correctional Prison.

Scores of vehicles were razed around 1am on Monday when gunmen attacked Owerri and freed at least 1,500 inmates.

The hoodlums also freed the suspects in almost all the cells at the State Criminal Investigation Department of the command.

READ MORE – COULD IT BE IGP FINAL DAYS IN OFFICE

“The attempt by the attackers to gain access to the Police armoury at the Headquarters was totally and appropriately resisted by Police operatives on duty who repelled the attackers and prevented them from breaking-in and looting the armoury.

“The armoury is thus intact! Similarly, the police suffered no human casualty, apart from a police Constable who sustained a minor bullet wound on his shoulder,” the statement partly read.

The IGP also directed the Commissioner of Police in the state and a new Special Investigation Team “to carry out holistic investigations into the incident with a view to fishing-out the perpetrators and bringing them to justice”.

“The IGP, who described the deliberate and criminal attack on security operatives as an attack on the soul of our nation, has enjoined leaders in Imo State, the South-East and other parts of the country to speak out against the unfolding violence and criminality.

“The IGP calls on citizens to avail the Police and other security agencies with useful information that can assist in identifying and arresting the criminals.

“He vowed that the perpetrators will be brought to book, noting that the Force is doing all within its powers to curb the activities of unscrupulous elements hell-bent on threatening the unity, safety, security and socio-economic wellbeing of Nigerians,” the statement added.

Biafra Nations League, BNL has said that gunmen attacking police stations, officers and prisons may be an expression of anger over the killing, harassment and extortion by security personnel across the country.

The group said this while flaying the Inspector General of Police, IGP Mohammed Adamu for concluding that members of the Indigenous People of Biafra, IPOB and the Eastern Security Network, ESN carried out the attack in Owerri, Imo State.

The Deputy National Leader of BNL, Ebuta Akor Takon made this known in Ikom, Cross River State on Monday, adding that “the IGP concluded without an investigation.

”Guesswork does not show professionalism” he said.

The BNL wondered why the IGP has never fingered Fulani herdsmen especially in the recent attacks in Ebonyi State.

BNL said that “gunmen who are attacking officers and prisons might be expressing their anger in retaliation of the killings, harassments and extortion by the security agencies.”

The BNL warned of the daring consequences if any pro-Biafra agitators are touched by the government security agencies irrespective of group affiliations.

It said, “the police will end up arresting innocent people and not the gunmen warning that such actions have repercussions.”

One thought on “IPOB IS responsible for the attack on security formation in owerri, Imo state–IGP Mohammed Adamu”