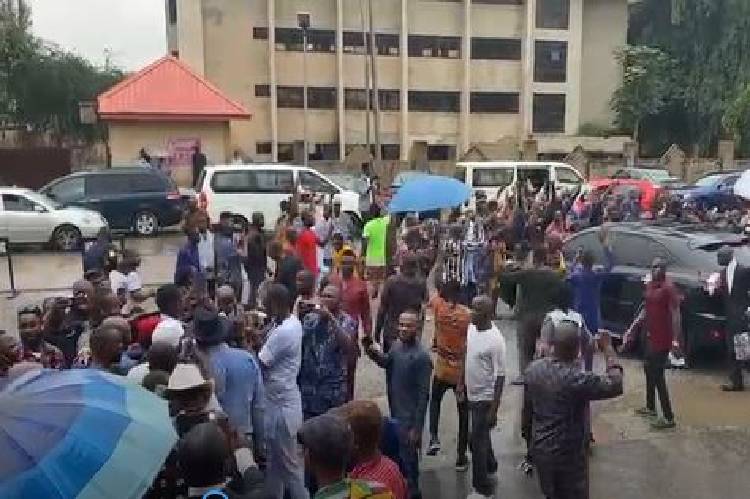 The Indigenous People of Biafra (IPOB) has condemned the action of the Department of State Services, DSS for failing to provide it’s leader who is facing trial at the Federal high court Abuja.

In a statement by its Director media and publicity Emma Powerful, the systematic delay was a deliberate and wicked plot to inflict further torture on the Separatist leader who they have kept incommunicado for some days now.

According to him, in the past seven days the DSS has refused his lawyers and Nnamdi Kanu’s family members access to him.

Powerful noted that IPOB is no longer comfortable with Monday’s development saying that they have enough grounds to suspect foul play.

He said that the failure of DSS to produce their leader in court today without any cogent reason, coupled with the torture meted out to him since his abduction in Kenya, IPOB is worried about the safety of their Leader.

Considering his deteriorating health condition since he was kidnapped and the refusal of DSS to grant him access to his personal physicians, it is possible that our Leader may have been killed.

The IPOB Spokesman challenged DSS to prove the group wrong by producing their leader in court or granting his lawyers and family members access to him. The group also demanded for unconditional release of all those arrested today in Abuja and other parts of the country for their solidarity to their leader.