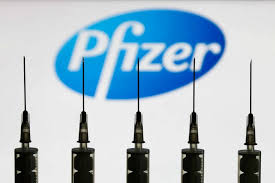 Israeli Prime Minister Benjamin Netanyahu said on Monday that he is currently in talks with U.S. pharmaceutical company Pfizer on the establishment of a plant to manufacture COVID-19 vaccines in the country.

“I am also in talks with Pfizer to build a vaccine factory here, in Israel,’’ Netanyahu told the Galei Zahal, the radio of Israel’s Defence Forces.

Netanyahu was responding to a question about the economic impact of the government’s intention to provide every citizen with two double vaccine doses every year, as the inoculation effect lasts only for six months, according to experts.

Within half a year, Israel needs 18 million doses of the vaccine in total as part of a two-phase vaccination campaign, and 36 million doses for one year, the prime minister noted, adding that he is negotiating with Pfizer and Moderna ‘’to bring these vaccines here.’’

If there is not a continuous vaccination rollout following a six-month period, Israel risks facing new spikes of the disease, Netanyahu warned, noting that under such circumstances, the government will be forced to impose new lockdowns and restrictions.

The prime minister noted that he has had around 30 phone calls with the leadership of Pfizer and Moderna.

Israel started the mass inoculation of its population on Dec. 20, to date, over 4.7 million people roughly half the population excluding the occupied Palestinian territories  have received the first dose of the Pfizer vaccine, and more than 3.36 million both doses.

As of Monday, the country’s health authorities have recorded over 778,000 cases of the disease, including 5,758 deaths.(Sputnik/NAN)